ABOUT THE NAME ”KURKI”

'Kurki' is Finnish for ’Crane’, the slender migratory bird well known in both Finland and Japan.

In Japan the crane is a symbol of long life, and is a favorite motif in art works and certain celebrations such as weddings. The origami paper-crane depicted on the company logo is also a well known symbol of Japan. The Japanese believe that you fold one thousand origami cranes you can make a wish come true, and colorful streamers of paper cranes are a familiar sight all over Japan in places such as the peace memorial in Hiroshima. 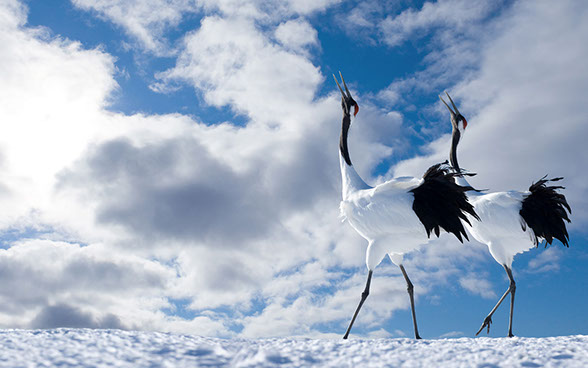 In Finland the crane is associated with alertness and the sense of duty. In the old days people saw the crane as a king who was believed to support the dome of the sky on his shoulders due to his upright posture. The crane also appears in the Finnish national epic Kalevala as a watchbird. The people of Kaleva have come to the Northern lands to retake Sampo, their greatest treasure. However, a crane spots the raiders with his watchful eye and alerts the Northern warriors to the danger.

The Japanese crane renowned for long life and the Finnish crane representing responsibility and alertness make for fine symbols for careful professionalism and lasting customer relations. These values embodied by the noble crane are something that Tulkkitoimisto Kurki is glad to uphold, which is why choosing the crane as the face of the company was a natural solution.